Showing posts from September, 2016
Show all

Daniel in the political den

September 27, 2016
So ... starting with Daniel ... Have you ever wondered how old he was when he was taken prisoner. Some modern commenters think he must have been around 5 or 6 - a child being raised among foreigners to be a ruler and spread the good culture. (28) Daniel Read Daniel 1:1-5 It was normal for the Babylonians to take people as well as property when they conquered a land. The young captives (think elementary schoolkids) would be brought up as Babylonians and trained to become governors back home as they grew older, thus conquering hearts and minds. 1.        In general, do you think this method of conquest would work? 2.        What if you add the religious element, training the young people to believe Babylonian gods were greater? 3.        Are there analogies in the modern world, or in relatively recent history? How do we learn from history, or fail to? The first story in Daniel is a familiar tale concerning food. It happens soon after Daniel arrives in Babylon. Remem
Post a Comment
Read more

Halfway between Samuel and John (maybe)

September 26, 2016
Starting the second year of our journey through prophets, and trying to remember where we were in the first year... The first study in Daniel will be posted tomorrow. (27) PART 2 - The End is Not The End Here’s where we were in our Minor Prophets’ study at the end of last year: The nation was split in two---Israel and Judah. Half went into exile when Israel was conquered by Assyria. And now the nation has been split again. Half have gone into exile again (conquered by Babylon). Meanwhile nothing remains to tell anyone this land belongs to God. 1.        To what extent is the land of Israel special? Ancient religions thought their gods ruled over locations. Is that what Judaism believed? Is it what we believe? How does it color our attitude to the new nation of Israel? 2.        To what extend should it be clear that a land belongs to God? Should it be written on their money, or is it more important that faith be written in their hearts? 3.        What do we worry more abou
Post a Comment
Read more

Daniel and the Fall 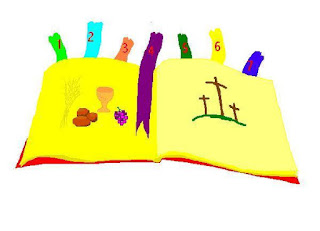 Where did summer go? How did it get to be Fall? And if Daniel is where we left off  when  summer began, will I really be ready to study the whole of his book in just two weeks? The answer, of course, is no. But we will start on time, and we'll start in Daniel. The young man will become vegetarian and quickly grow up to reveal the mystery of Nebuchadnezzar's dream. But Daniel didn't speak his answers or his questions into a vacuum, then or now. He spoke in exile while others spoke in a city about to fall. His world had ended, but prophets in other places still listened to God's word. So we'll look at them too, at the places where they lived, and at the changing fates of all the people they led. We'll study the later parts of Jeremiah, the school of Isaiah who died (according to Jewish tradition) not all that long ago, Ezekiel with his chariots, and more, and more. Then, in the end, we just might look at the end, as told in Daniel's visions. A man,
Post a Comment
Read more
More posts