I'm manning a virtual booth at the virtual book fair again, and this time Psalm Stories is taking the Spotlight. Psalm Stories will be free on Amazon Kindle from tomorrow, Sunday May 2nd, to Thursday May 9th. Don't miss your chance for 75 free 5-minute bedtime Bible stories. 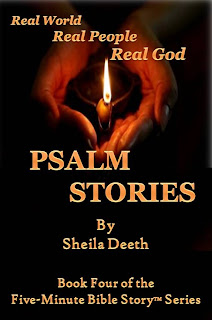 
So, here's a story inspired by the famous Yorkshire folk song, On Ilkley Moor 'Baht 'At (and by Psalm 49). I found a you-tube video below which will let you hear the song and see the scenery if you're interested. Or just scroll down and read...