June 21, 2013
It's time for another Sample Saturday, so please join us at http://www.virtualebookfair.com/ and enter through the garden gate to find lots of great reading samples and stories for summer. But first, please scroll down and enjoy an exclusive sample from the upcoming Galilee's Gift, another in the Five Minute Bible Stories Series (TM) from Cape Arago Press. 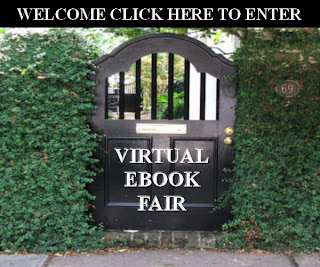 The Boy with the Loaves and Fishes

Once there was a boy called Thaddeus whose father was a fisherman. Every day Thaddeus’ father went out on his boat to catch fish. Then Thaddeus would eat fish for breakfast, fish for lunch, fish for dinner, and even dried fish for his snacks. Thaddeus’ mother would put tiny fishes and loaves into his lunch basket every day when he set off for school. Thaddeus would eat them after his lessons at eh synagogue, before going to work in the fields or on the fishing docks. If he was really lucky, his mother even gave him honey cakes as well.
One morning Thaddeus’ mother and father said they weren’t going to fish or bake today, or work on the docks or the farms. Instead they were heading into the hills to hear a new preacher called Jesus. “Can I come too?” Thaddeus asked but his mother said, “No. You have to study in school, and then you have to weed the fields.” “Please can I come too?” said Thaddeus but his father said, “No. You have to study in school, then mend the fishing nets.” So Thaddeus’ mother and father set off into the hills and left Thaddeus with five loaves and two fishes in his lunch basket. “You be good,” they said as they waved goodbye.
Thaddeus tried very hard to obey them and be good. He went out into the street where some of his friends were playing. They kicked a ball of rags into some goals and rolled stones into holes in the wall. Then it was time for school, but when they got to the synagogue all their teachers had disappeared. “Where d’you suppose they’ve gone?” the children asked, and Thaddeus guessed perhaps were all listening to the preacher in the hills. “That’s where my Mom and Dad went,” said one of his friends. “Mine too,” said another. “And mine.” “And mine as well.”
The children wandered back into town, swinging their lunch baskets at the ends of their arms. Nobody waited in the fields to tell them what to do, or on the docks, because everyone had gone to the hills with the preacher. Thaddeus stared at the soggy fishing nets. “I don’t want to mend those,” he said. Then he looked at the fields and said, “I don’t want to pull weeds.” He didn’t want to wash pots and pans either, or sweep out the storage room. So instead Thaddeus and his friends went up into the hills to play. Thaddeus really wasn’t trying to disobey his parents, but somehow he found himself on the edge of a huge crowd of people, and, of course, he simply had to squeeze his way between them to find out what they were looking at. After he’d wriggled between lots of pairs of knees and underneath lots of elbows, he found himself standing in front of the preacher, listening to his stories and pondering what they meant in the hot summer sun.
Soon the warm air started to cool and the pale blue sky grew dark. Evening was coming and the crowds were still listening to the preacher. One of the preacher’s friends complained that he was hungry. “We should send these people home to eat,” he said. The preacher asked, “Why not feed them yourselves?” and his friends said, “What with? We can’t go shopping for all this crowd.”
One of the preacher’s friends saw Thaddeus with his lunch basket. “I can give you my food,” Thaddeus said. He showed them his five little loaves and two dried fish. Jesus’ friend laughed at him. “That’ll go a long way, Lad.” But Jesus said, “Come here.” Thaddeus gave Jesus his five loaves and two fishes and Jesus broke them up into tiny pieces. Jesus told his friends to get their empty lunch baskets out. Then he spread the crumbs from the loaves and fishes between the baskets. “Tell all the people to sit down,” Jesus said. So they sat like five battalions of a huge Roman army, and the twelve disciples who were Jesus’ best friends walked among them with their baskets of crumbs.
Thaddeus wondered how much food would be left when the baskets came back to him. Perhaps he’d get a breadcrumb and a fish scale for his dinner. But instead, when the disciples brought the baskets back, they were loaded to the brim with lots and lots of food. Thaddeus ate so much bread and fish he wouldn’t have had room for honey cakes even if his mother had given him any. And when everyone finished eating, the twelve disciples still had their twelve lunch baskets full to overflowing with pieces left over.
Afterward Thaddeus and his friends headed back to their homes. Thaddeus’ parents soon caught up with him. He said he was sorry for disobeying and going to hear the preacher. But, “That’s okay,” said his mother and father. “Jesus is a very special preacher and we’re very glad you heard him.” Then they rubbed their full tummies. “We’re glad you gave him your five loaves and two fishes too.”

Is it Advent or Lent?

November 30, 2020
Advent started yesterday, and the color for Advent is not the white of rejoicing but rather the purple of penance. Christian tradition used to ask us to "fast," not just during Lent, but during Advent as well. Hunger would make us remember the season and pray. Prayer would remind us how much the world needs the coming of Jesus--not just the first coming, but His continuing presence until the second coming also. And the struggle would remind us to take Christmas seriously--it's hard work, preparing to meet our Savior.  So, after all, it's not so weird if our Bible study series feels like Lent in Advent.  And today, having  "walked" the Via Dolorosa last week.  we enter the Church of the Holy Sepulchre for the final "Stations of the Cross." (108) At the Foot of the Cross Th traditional route of the Via Dolorosa goes west from the Lions’ Gate in the Muslim Quarter, to the Old City, to the Church of the Holy Sepulchre in the Christian Quarter. The fi
Read more